The Baptism of Christ

Date de l’œuvre libre
Second half of the 6th century 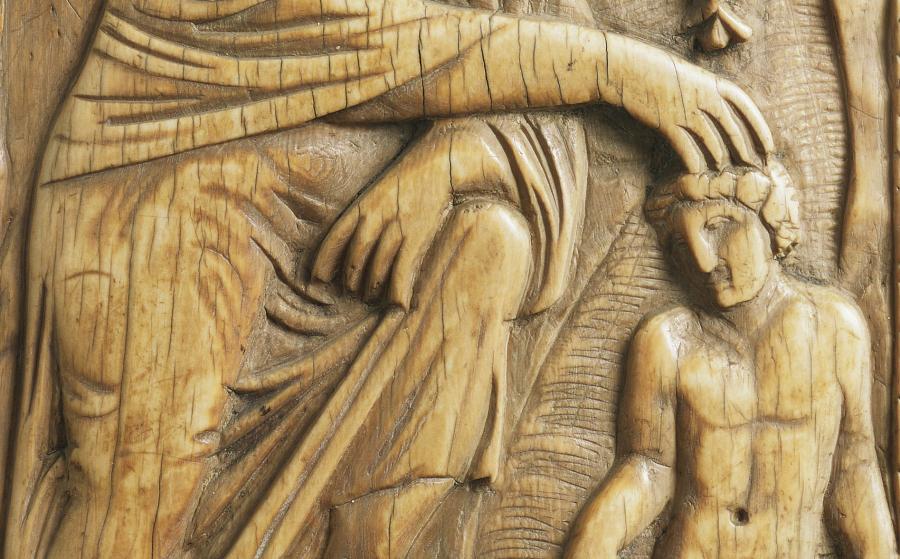 The entire length of this ivory panel is taken up by an image of Saint John baptising Christ. The Precursor is standing with one foot on a rock and his hand on Jesus' head. Jesus is depicted on a smaller scale as a young man, bare stripped, with a slightly lopsided posture.

The dove of the Holy Spirit is descending above his head. This representation of Christ, which resembles those of the pagan gods, betrays the influence of ancient models from Byzantine art. Between Saint John's feet is an allegory of the river Jordan which can be identified by its upturned vase.

The scene is framed by the sun and the moon, also personified. The panel was supposed to be displayed at the centre of a decorative piece for a binding cover composed of five elements. Ivory carving, also known as marquetry, was an important element of the precious arts. Workshops in Constantinople, Syria, and Alexandria worked with elephant ivory imported from Africa and the eastern world.