Creation of the museum

Thanks to its proximity to the Lyon city hall, the abbey was not sold or destroyed during the French Revolution. In 1792, the Municipal Council designated the building as a place to conserve medals, bronzes and other artistic monuments.
On 14 Fructidor in the year IX (1801), the Chaptal decree to establish painting collections in fifteen French cities enabled the founding of the Lyon Museum of Fine Art. The institution also fulfilled local aspirations, such as recalling the city's prestigious Roman past and furnishing models for the silk industry, which was in crisis at that time.

Starting in 1803, Louvre Museum sent a total of 110 paintings (including The Adoration of the Magi by P.P. Rubens, The Circumcision by Le Guerchin and
Discovery of the Relics of St. Gervais and St. Protais by Philippe de Champaigne).

During the 19th century, the building was home to different institutions. The museums of painting, epigraphy, archeology and natural history shared the structure with the School of Fine Arts, the Municipal Library (Arts and Sciences section) and learned societies. 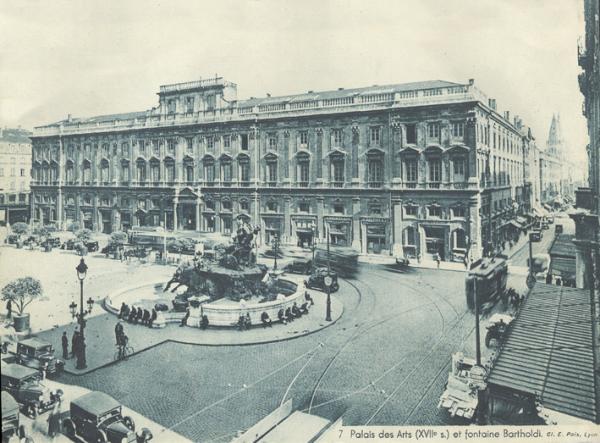 The Museum in the XIXth Century

From 1803 on, visitors could inspect the first paintings sent by the French state every Wednesday from ten a.m. to one p.m. New deposits (The Assumption of the Virgin by G. Reni, Bathsheba Bathing by Veronese) and purchases (St. Francis by F. Zurbaran, Fruits and Flowers in a Wicker Basket by A. Berjon) helped to build a true museum of fine art that was inaugurated by the Count of Artois on September 20, 1814. The Cabinet of Antiques contained older collections and acquisitions (Greek Kore statue). In the cloister gallery, inscriptions and sculpted fragments make up the lapidary museum.

In 1834, the architect R. Dardel (1796-1871) enhanced the museum. In the restructured areas, he added a sumptuous décor, which is currently present only in the Medal Room (formerly the room for modern marbles).
In the middle of the century, the development of the Lyon school of painting and new deposits from the French state enriched the collections (Last Words of the Emperor Marcus Aurelius by E. Delacroix, Odalisque by J. Pradier, Dante and Virgil by H. Flandrin, who was a painter from Lyon). 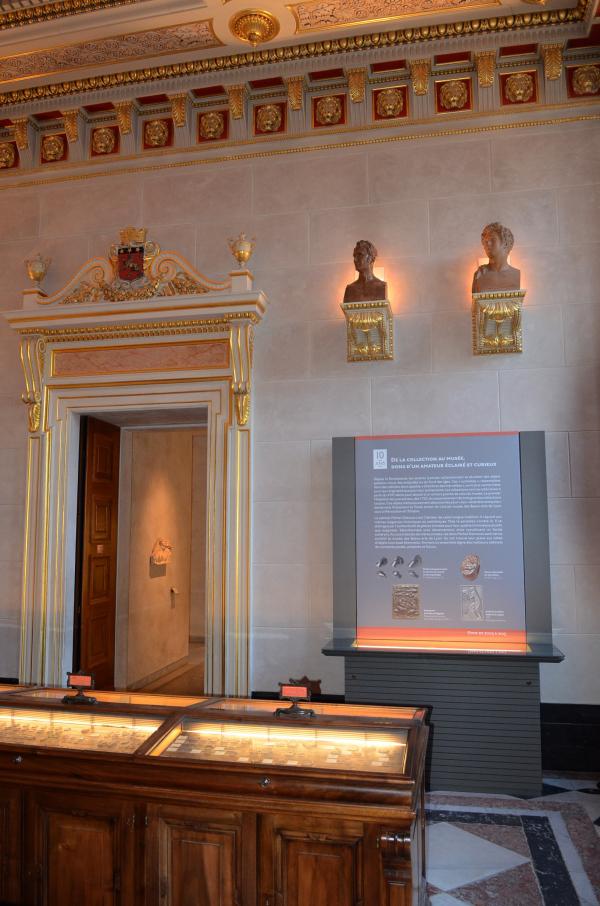 During this period, the architect A. Hirsch (1828-1913) began extensive work on the building, garden and cloister. His most spectacular undertaking was the restructuring of the south wing to present the large preparatory drawings for the décor of the Pantheon in Paris by P. Chenavard (The Philosophy of History). In 1881, decoration of the monumental staircase was assigned to P. Puvis de Chavannes from Lyon (The Sacred Woods, Dear to Art and the Muses). In the east wing, from 1876 to 1891, the J. Bernard Museum presented some three hundred paintings which had been donated by the former mayor of the La Guillotière district of Lyon to the city.

An ambitious acquisition policy marks this period. Museum curators purchased at large sales and from antiques dealers in Paris, Rome, Florence and other cities. They bought primarily Greek and Roman art (Mirror with a Greek Stand), works from the Middle Ages and Renaissance (sculpted group of The Announcement to Mary), Islamic art and 19th century paintings. 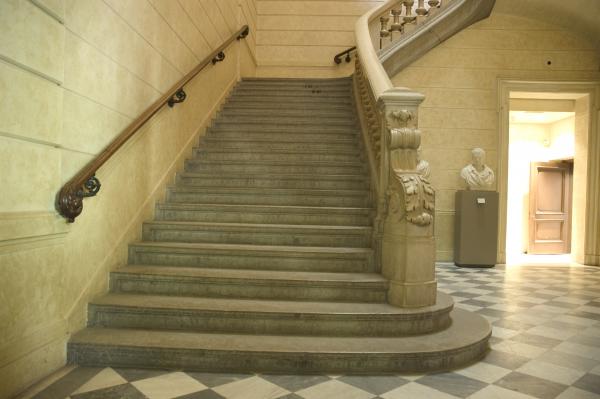 The collections opened up a world of  art to public viewing, ranging from the Far East to modern decorative arts. During this period, many of the institutions and collections left the St. Pierre Palace. These included the Museum of Natural History in 1914 and the School of Fine Arts in 1935. In 1921, works related to the history of Lyon were transferred to the new Gadagne Museum. The deconsecrated church exhibited sculptures from the 19th and 20th centuries. 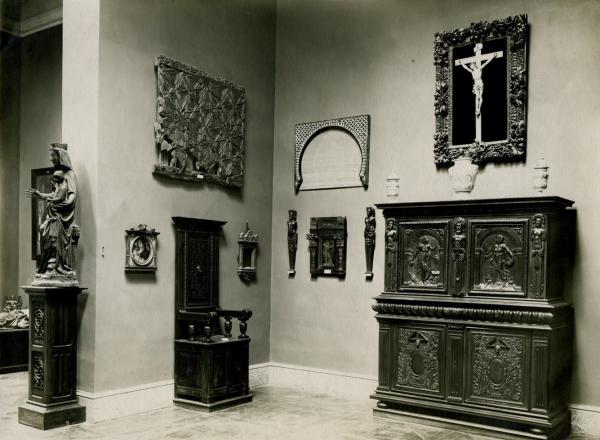 After World War II, retrospectives focusing on modern artists such as Picasso or Matisse were the source of many major acquisitions (Portrait of an Athlete by M. Larionov). Museum resources were also enriched from bequests
(Guimard's Bedroom).
At the end of the sixties, the departure of French antiquities for the new Museum of Gallo-Roman Civilization and the transfer of the Egyptian Gallery to the Guimet Museum of Lyon represented major upheavals for the collections. More recently, the Museum of Contemporary Art was removed from the New Saint-Pierre wing (built in 1860 by the architect T. Desjardins). 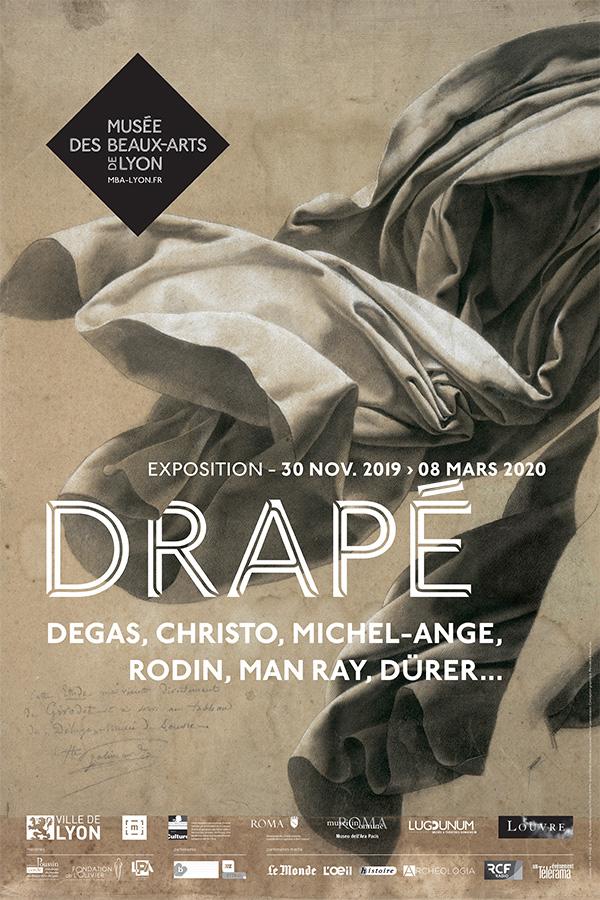 In 1989, debate on the Museum's missions led to a vast renovation project (The City of Lyon and the French State in the Context of the Major Renovation Mission). The curator, Philippe Durey, and the architects P.C. Dubois and J.M. Wilmotte undertook a complete remodeling of the building. Work was carried out in five phases, from 1990 to 1998, in order to keep the building open to the public. There are 14,500 square meters of surface area and the collections are found in 70 rooms. The Lyon Museum of Fine Arts groups the Saint-Pierre Palace, the church and the New Saint-Pierre wing. In 1997, the prestigious collection of J. Delubac (Woman Seated on the Beach by P. Picasso) considerably enriched Museum resources. 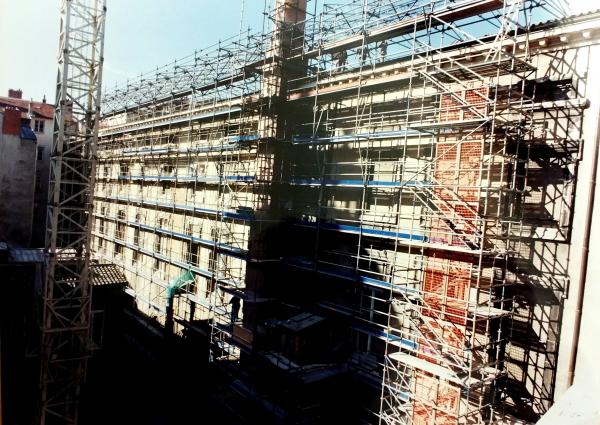