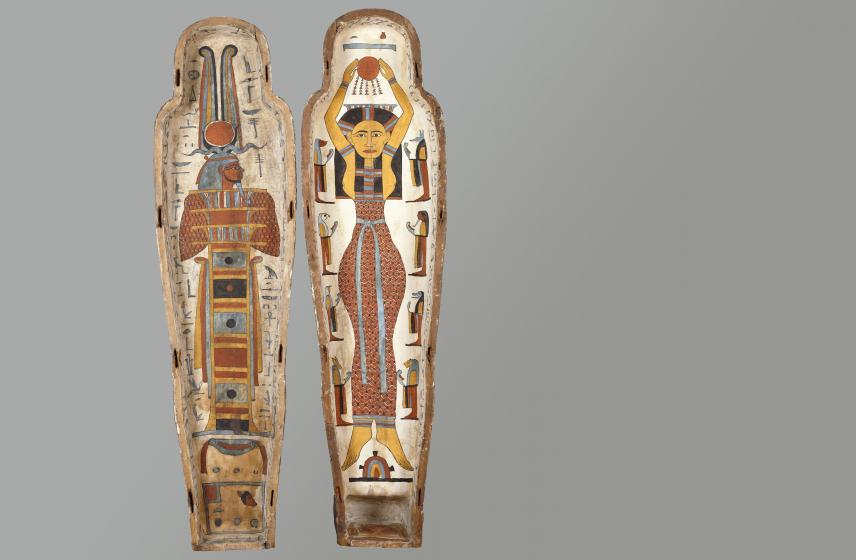 This wooden coffin contained the body of Isetenkheb, the daughter of Ankhsyeniset, around the 7th century B.C. The function of the box was to ensure preservation of the body, while the decoration and texts provided magical protection. Everything was meant to favor the rebirth of the deceased in the eternal kingdom.

On the cover, the mummy benefited from the protection of the solar divinity, Nut, whose starry dress evokes the celestial vault. This sky goddess was said to swallow the sun each evening in the west and give birth to him again in the morning in the east. This unchanging cycle was proof of her power of regeneration. On each side, the four sons of Horus and four genies which guard the sky in order to assist the goddess.

The bottom compartment is dedicated to the rebirth of Osiris. He appears dressed in a shroud and wearing his traditional crown. The god has taken on the shape of a djed pillar, corresponding to his divine backbone, which, when it straightens, will pull Isetenkheb toward her new life beyond the grave.