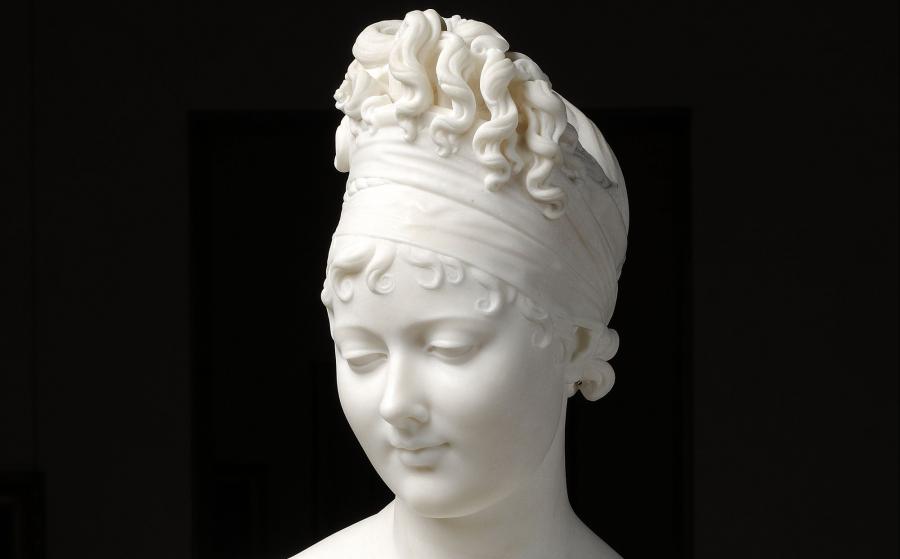 “From the front, it is all modest discretion, in harmony with the graceful and almost infantile pose " […]; from the side, the nuanced details, mischievous, turned-up nose and the vague smile floating on the lips add up to an impression of sauciness, or even provocation, which is accented by the transparent scarf, the throat and the denuded breast.” Thus, Edouard Herriot described the ambiguous but very real charm of the most famous work of Joseph Chinard, which is also one of the best portraits of Juliette Récamier at the height of her beauty. It was made a few years before the equally famous painting by Baron Gérard (1805), found in the Carnavalet Museum. It was probably during one of his trips to Paris in 1801 or 1802, when he stayed with the Récamiers, that Chinard executed the clay model, which he later sculpted in marble at Carrara in 1805 or 1806.