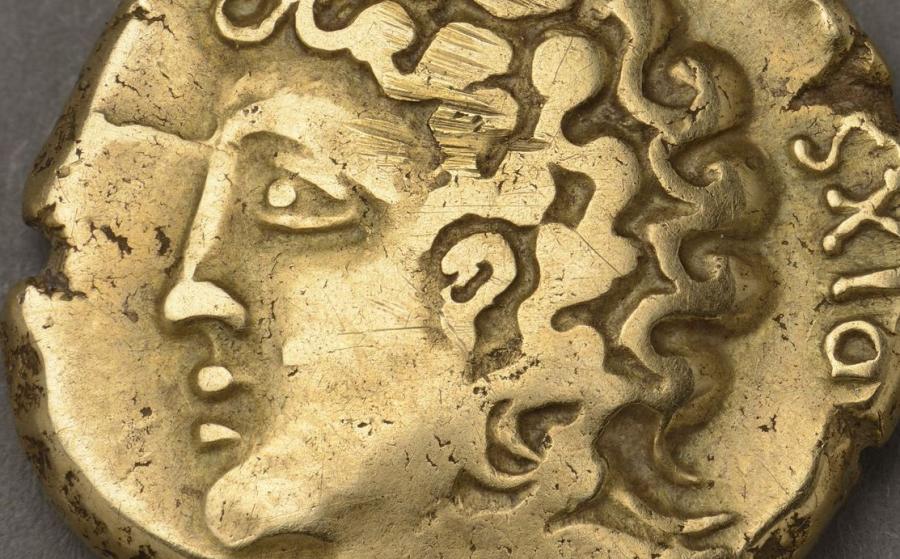 Head of curls at the left / galloping horse at the right under a crescent moon and over an amphora.

When Julius Caesar undertook to conquer Gaul in 58 B.C., most Celts already had their own money system. The absence of historical sources – in particular, written sources – makes it difficult to attribute Gallic monetary systems to a given people. Only the on-site discovery of new copies will enable the identification of areas of dissemination. Occasionally, certain coins provide a monetary key that specifies the name of the prince who issued the coin.

For money in circulation at the time of the Gallic Wars, identification is possible thanks to Caesar’s commentaries. He mentions the names of the principal Gallic chieftains that he encountered or fought against.

The most well-known example is the rare Arverne stater in gold in the name of Vercingetorix. It is probably part of the treasure of Pionsat, discovered in 1852 in the Puy-de-Dôme.

Bequest of Cardinal de Bonald in 1867